The first time I ever went into detox after spewing up bile for about a week, as a welcome home present, my old friends treated me to a shandy down the local pub. “No more triple-brandies for you,” they tutted playfully, as the shandies turned into lager-and-limes, then full pints, then a night that I can't fully remember, my tolerance being down after three weeks dry.

Pretty soon, things were back to normal and whenever I finished college, someone would pop round wanting to share a bottle of vodka or pop down the pub for some pints. I don't know if these people actually hated the idea of me being sober or if they just liked hiding their own heavy drinking behind my monumental intake of alcohol.

Needless to say, I had to move away from that area before I managed to get sober for good, and if I ever popped back to my old local with my fresh-faced sobriety, there was an uneasy shuffling of bar stools. A few people were genuinely happy for me, but the people whose faces had gotten even redder and lumpier over my time away sent me daggerish looks as if I had betrayed them, when in fact it had been the other way around the first time I had left detox.

“Ah, go on just a little drop, a tiny shot of vodka, sure you'll barely even notice it go down.”

“No thank you. I don't drink alcohol.”

“Ah, go on. A beer then, sure it's more water than alcohol.”

People who don't know why you're not drinking can sometimes be really persistent in trying to persuade you to have a drink. It's normally people who are pretty intoxicated themselves that subject you to this amount of arm-twisting. My usual response. if it gets really annoying, is to tell them that if I have a drink I won't be able to stop, chaos will ensue and we'll both end up in a police cell by the end of the night. This usually works and they back away slowly and cautiously.

Although I am lucky enough to have never had anyone call me a weak-willed piece of filth to my face, I have seen plenty of responses on the internet to stories about addicts, which are less than positive. Oh, and while people haven't said anything to my face, I have had rude comments left on my YouTube videos.

From ordinary people in the local newspaper to stars publicly battling addictions, among the support, there is some absolute bile spouted about people who have become alcoholics and drug addicts. People who clearly have no understanding of addiction or how it can be caused often blame and shame the victims of addiction or say they do not have enough willpower and deserve to be dead. Nice.

I know that the internet provides the perfect place for anonymous trolls to get their kicks, but I believe the amount of vitriol I see is down to more than just a handful of immature pranksters wanting attention. A lot of the public doesn't understand about addiction or how, once addicted, freeing oneself from the trap is about so much more than willpower. But if you do encounter these people, educate them if you can by linking to scientific papers. Then leave the site – don't let stigmatisers upset you with their ignorance.

I met up with an old friend, who 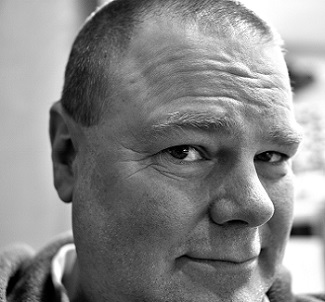 is also in recovery, and he asked me how life was going as he hadn't seen me around “the rooms” for a while. I beamed at him as I explained that my addiction therapy practice was now buzzing and I was writing my second book.

His response was “Don't get too well.” Okay, okay, I know that it was a warning against complacency, but really, I have a tattoo stretching from my fingers to my elbow to remind me of that as well as direct involvement with people who are still struggling with addiction every day. I know how bad it can get and I know I can't drink. I do have an informal support network who I have gathered from various places. I don't need, at this stage in my recovery, to regularly sit in a room repeating that I'm an alcoholic.

I don't believe there should be any restrictions on what you do when you're in recovery, as long as what you're doing is working for you. Just not picking up my poison and trying to do the next right thing and be a better person every day is how I live. And I'm very well, thanks.

by Beth Burgess, Therapist and author of The Recovery Formula and The Happy Addict.