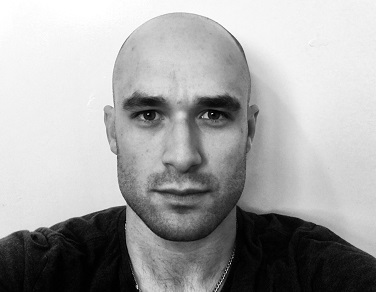 Guest Post by Zachary Phillips: Writer, Speaker , Coach & Mental Health Advocate - On why writing is so important for people who have suffered trauma.

I grew up as the son of an addict, paranoid schizophrenic, chronic hoarder and drug dealer. At his heart, my father was a caring man, but the pull of addiction lead his life down a path that no-one in the family could have predicted.

From a child’s perspective, it seemed like his desire for drugs held more prominence in his mind than his concern for his children. He never assaulted me himself, but his clientele were a different story. These people were depraved and volatile whenever my father left the room to ‘get the stuff’ and I was left alone with them.

Sitting on the couch, they would awkwardly take a seat next to me and attempt to start a conversation. Age difference aside, their mental health and inebriation levels made this task almost impossible. I would stumble through pleasantries and small talk, struggling to maintain enough conversation with them to keep them entertained, whilst attempting to not agitate them. I never felt safe around these people.

Most of the time, dad returned quickly and they left without incident, but sometimes I wasn’t so lucky. My recall of the particulars of the assaults is hazy at best - a glimpse here or there, a smell, a word. My mind recalls things in a similar fashion to an extreme camera close up. I remember the colour of someone’s hands, or the smell on their breath.

There were times at the age of seven when I was left alone to care for my younger brother and two other children, all aged under four. These children were malnourished and significantly neglected. Their language abilities were lagging and they were perpetually ill. To keep them fed, I would have to scrounge through a fridge full of stale and mouldy food and pray that the garden outside had something for us.

I remember as a twelve-year-old attending drug-fuelled parties where my father’s friends would gather to get completely obliterated on anything they could access: smoking, drinking, taking pills and injecting.

I ended up leaving home at fifteen and living with my then girlfriend. In order to continue with our schooling into university, we relied on handouts and charity to get by.

Over time, my mental health has fluctuated significantly. Anxiety, depression and dissociation have been the causes of some major mental affliction. At my worst, I have committed self-harm or taken steps to end it all.

I am married and a year ago welcomed my first child into the world.

The birth of my son has left me with conflicting emotions. I love him immensely, but I am terrified of becoming my father. I am worried that my past will continue to trouble me, and that those demons will drag me down into holes of mental affliction that I may struggle to escape from.

I am terrified of neglecting my son the way I was neglected. Rationally, I know that I have learnt from my father’s example, but the voice of anxiety reminds me that we share the same genes; and what’s more, he was my main role model.

I work daily to maintain a balance of mental health, tweaking my routine, diet and social life in an attempt to find my perfect balance.

I have found that the act of writing itself is therapeutic. Putting words onto a page and refining them enables me to perfectly express what I am feeling. It provides clarity and mental calmness.

Once the pen-work has finished, my mind quietens and the world becomes brighter. I feel I can begin to enjoy life once more, having released some of the pressure from the dam.

When I showed my psychologist some of my writing, she suggested that others may benefit from reading it as well, “By sharing your story, you could help others to heal.”

So I began to talk to some of my close friends, opening up to them in ways that I have never done before. To my surprise (and sadness) a significant amount of them shared stories of similar issues in their pasts. Talking together, we were all able to grow, now knowing that we are no longer alone in the battle against the demons of our pasts.

As I continued to write, I wanted to share my work with a wider audience, hoping that I could help to reduce the stigma of mental illness and childhood trauma.

The response has been overwhelming, with many people mirroring the reactions of my close friends. As it turns out, not many people feel comfortable sharing their story. People have said that I am brave for doing so, but I strongly disagree. I feel like I need to share it to help others.

I believe everyone should write. Start a journal or just free flow on some scrap paper. Write for yourself. Express the words that you never have before and feel the release that only true honesty can provide. The benefits come from the act of writing itself - you don’t have to share your work. Conduct a cleansing ritual where you let go of your past by burying or burning the pages.

But, if you have the spoons to do so, please share your story. Pay it forward and help someone else to see that they are not alone, that what they are feeling is ok and that you are there to help.

Let's work towards ending the stigma of mental health and traumatic childhoods.

Check out Zach's blog, podcasts, videos and writing at http://www.zachary-phillips.com/ and his books, including, “Under The Influence – Reclaiming My Childhood”  are available on your local Amazon.